Being Part of Something Larger Than Ourselves

Every time Memorial Day comes around (or July 4th or Veterans' Day, for that matter) it feels more disconnected from reality. Yes, it's important to acknowledge those who died for our country. Parades are a spirited celebration of community. But are we fighting to protect the legacy of that past sacrifice? What I see is people going about business as usual, while the warnings grow that we are headed in a very dangerous direction.

This year, I went searching for meaning in Memorial weekend's speeches and sermons. A common theme was that soldiers face a difficult and sometimes perilous transition back to civilian life. 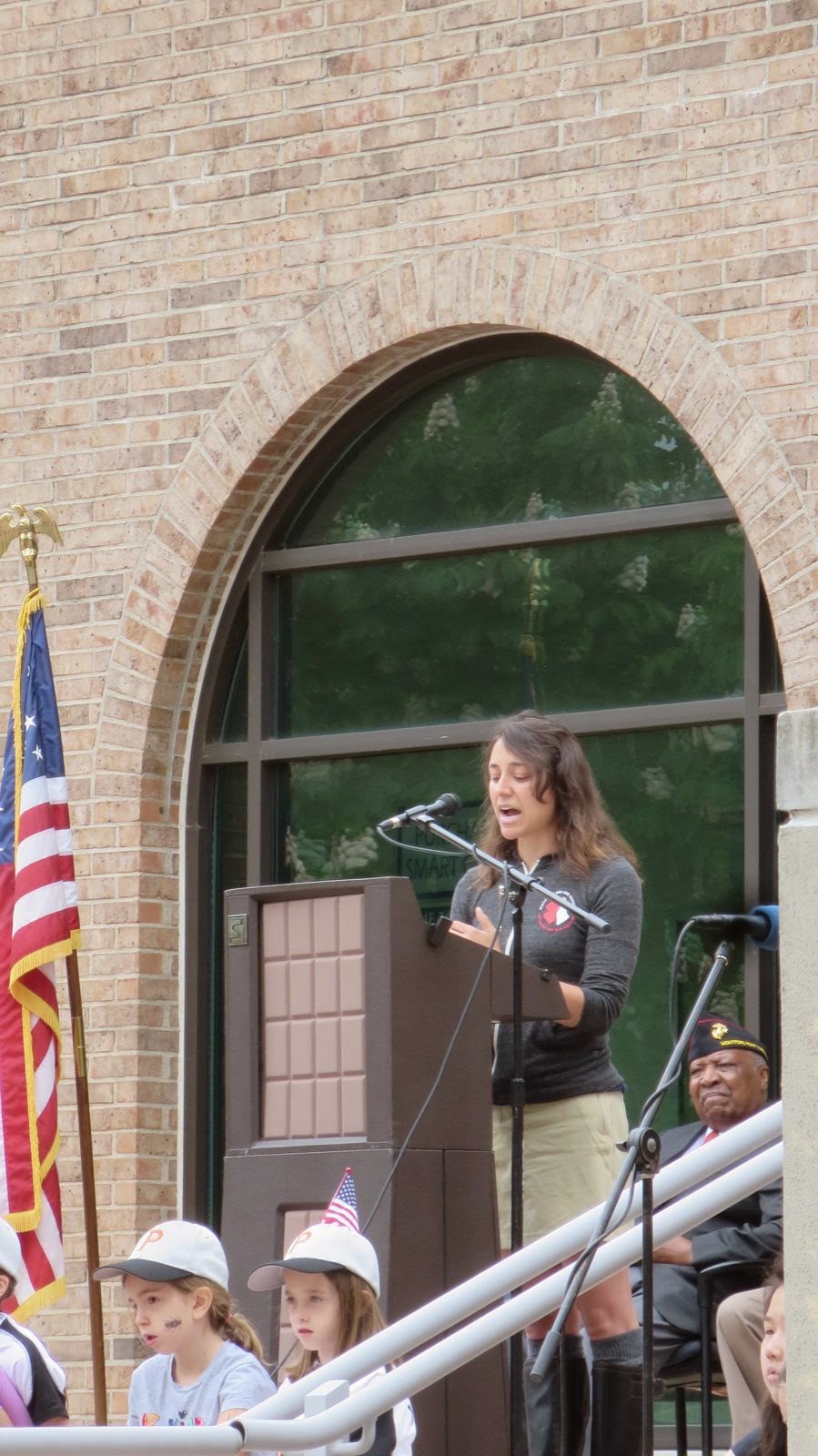 Whether it was Iraq War veteran Elana Duffy, speaking at the ceremony in front of Monument Hall, or the Reverend Bill Neely eloquently recounting the ancient tragedy of Ajax the next day, the stories were of soldiers unable to adjust to a civilian world lacking in shared purpose or any outlet for a soldier's engrained readiness to do battle.

Sergeant First Class Duffy spoke of a persistent desire to be part of something larger than herself, and finally found an outlet in Team Rubicon, a group that joins veterans and first responders in helping victims of tornadoes, floods, and storms like Hurricane Sandy and Typhoon Haiyan. For others, with an average of 20 veterans committing suicide each day and thousands being diagnosed with post-traumatic stress disorder, civilian life still brings a sense of isolation and alienation.

Meanwhile, there are those of us who have never worn a uniform, yet were deeply influenced by the afterglow of World War II--a time when civilians sacrificed for the war effort, when everyone found a way to contribute to a unified and ultimately successful struggle against a global threat. Many of us also find the dissipated energy of civilian life--the apathy, denial, pessimism, and reflexive political polarization--to be alienating and incongruous in a time when humanity again faces a global threat, this time of its own making.

Though veterans like Sergeant Duffy are finding meaning in helping repair the damage made worse by a destabilized climate, we will not truly be on the offensive again until we go beyond fighting symptoms and take on the causes of radical climate change. Only then can the giant and perilous chasm between uniformed and civilian outlooks be bridged, and a deeper healing of spirit, nation, and planet begin.
Posted by Steve Hiltner