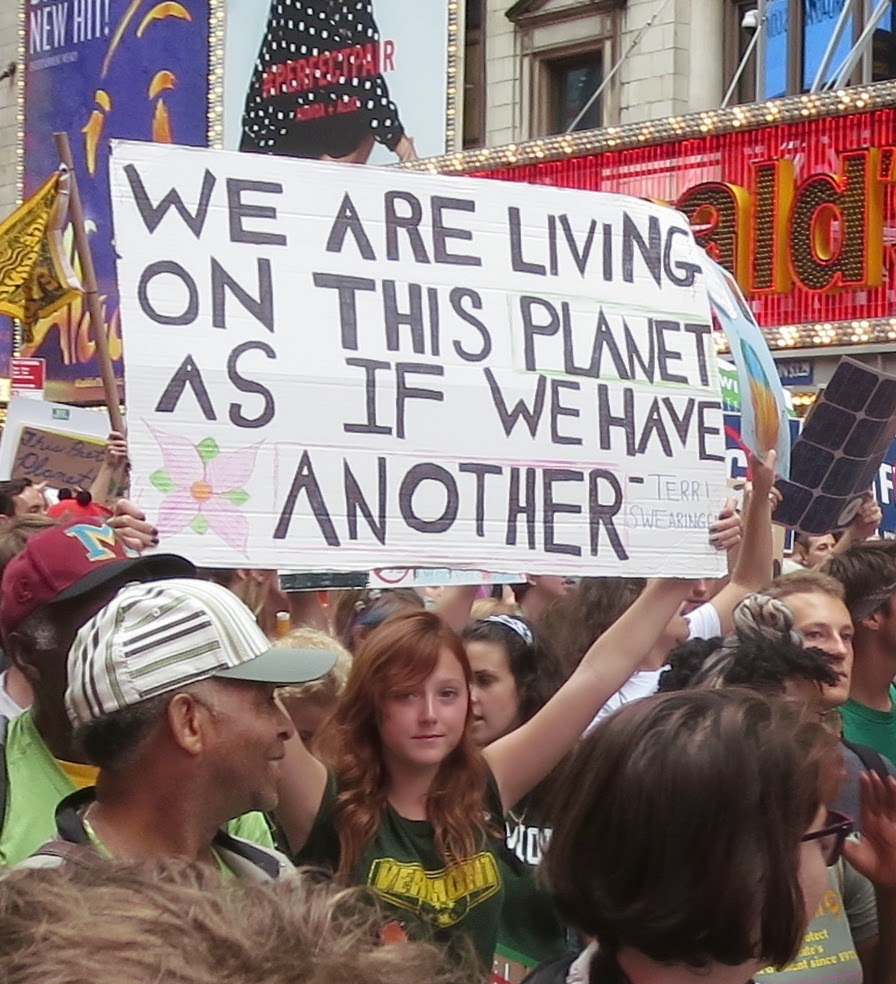 If you weren't able to make it to the Climate March, or only got to see the portion of it you were a part of, click below for a showing and telling of the whole progression, all four hours worth, as it passed down 42nd Street. Included are its many themes, a compilation of the most memorable slogans and chants, and serendipitous visual interactions between the march banners and the commercial billboard mega-images that served as a visual frame for the marchers. Having long ago realized that human-caused destabilization of the planet was the overarching issue of our times, I was deeply moved by its spirit, its sounds, diversity, and sheer scale.
(Click on that little "read more" below, then click on "Home" when you've had your fill.)