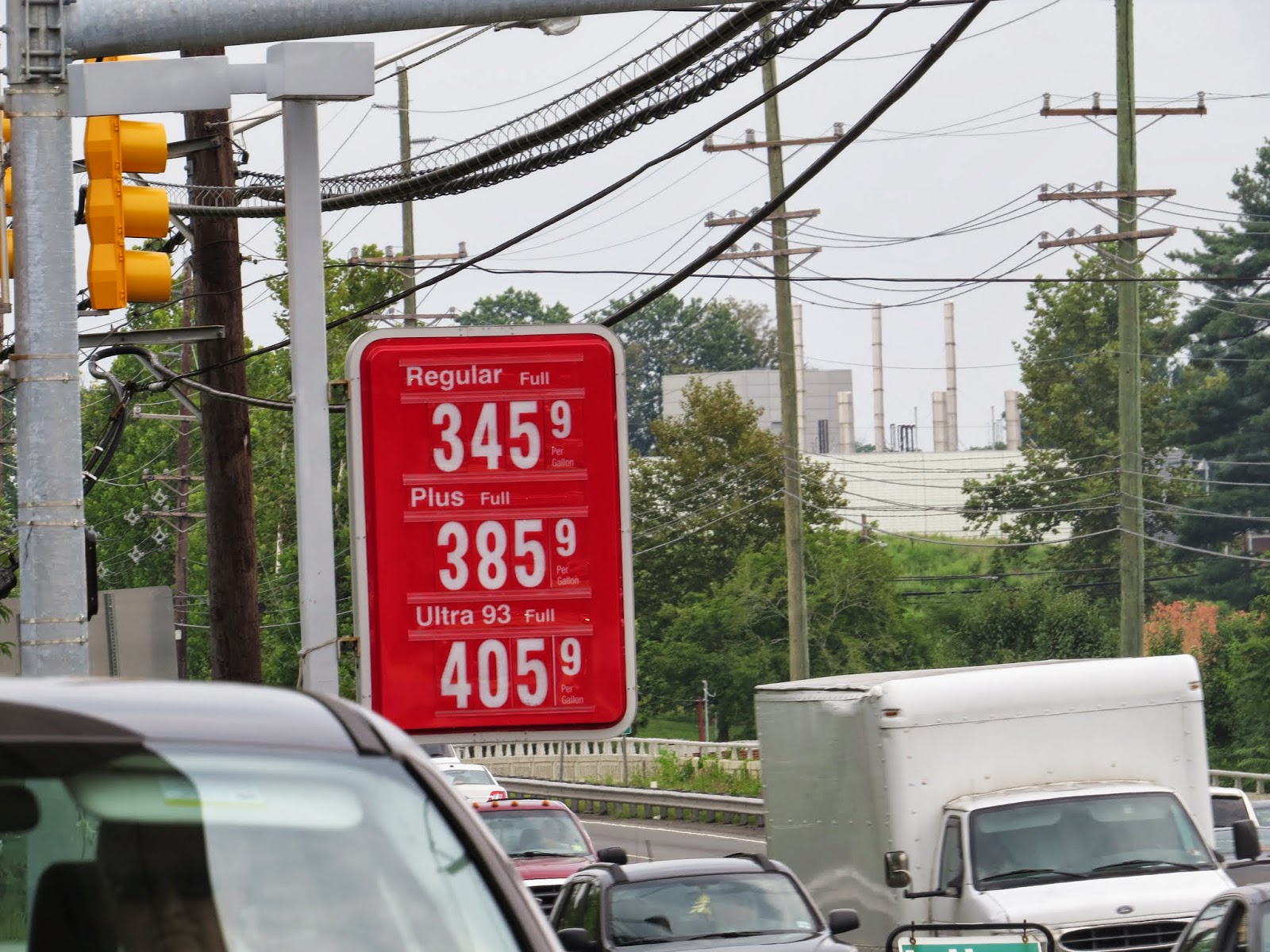 It's often said that a tax on carbon is both urgently needed and politically impossible. One reason for the political roadblock is numbers, specifically the ubiquitous numbers along the road at gas stations, stating the price of gas. If those most visible of numbers start going up, people notice, and start complaining.

It's assumed that gas prices have a big impact on people's budgets--an impact that ripples out into the rest of the economy. A standard article in the business section included this bit of text:


"Shares of Wal-Mart fell 2.4 percent after it posted lower-than-expected quarterly sales in the United States, as shoppers were pinched by higher payroll taxes and gas prices."

But the amount of money we spend on gas involves more than the price at the pump. More important are the number of miles driven, and how many miles our vehicles get on a gallon of gas. The article could just as easily have said that Wal-Mart has been getting pinched for years by the legacy of low gas mileage standards, which spawned the building of inefficient cars, which make people more dependent on cheap gas to drive the extra distance to Wal-Mart. Inefficient cars not only require more gas to run, they also collectively increase the cost of gas by increasing demand.

As so often happens, this news story gives emphasis to what we cannot control--the price of gas--rather than what we can control--the efficiency of the car we buy, and whether we live in suburban sprawl or a more compact community with amenities and employment closer by.

A tax on carbon is the sort of tax one can avoid, by using less carbon-based fuels. It encourages investment in greater efficiency, and thereby frees people from the treadmill of waste and the resulting dependency on cheap fuel. The bias of news reports that focus on the price of gas rather than other factors is making it harder to get off that treadmill.
Posted by Stephen Hiltner